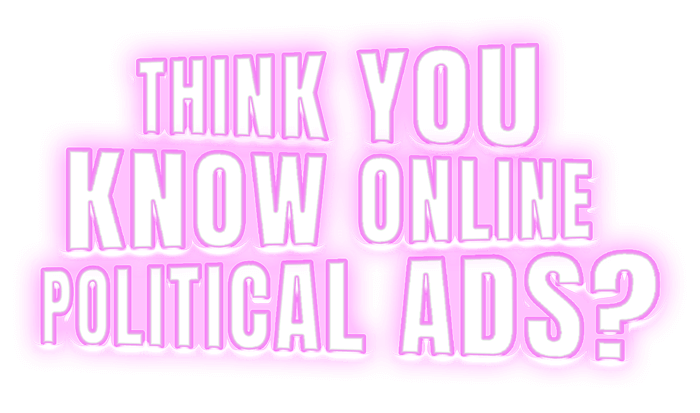 You've come to the right place

You’ve come to the right place. Political advertising is complex, but we’ve got simple answers to commonly asked questions. And, if we can’t help, we can point you in the right direction.

Getting messages to voters is a big part of the democratic process. It’s important that political parties and campaigners are able to communicate with you to explain their views and policies, so that you’re informed when you vote. But digital campaigning brings new challenges, and we know that the lack of transparency it can bring is a concern for voters.

So, let’s start with a simple question.

Who has a role in the regulation of online political ads?

Many regulators have a role, including:

The Advertising Standards Authority (ASA) doesn’t regulate ads whose principal function is to influence voters in national, local, regional or international elections or referendums. However, the ASA does regulate claims in ads made by local or central government, which aren’t considered to be part of an election or referendum campaign – for example a health department stop smoking campaign. It also regulates ads about political issues, for example a proposed airport expansion, placed by an individual, a business, a charity, campaign/ interest group or other type of organisation.

Ofcom doesn’t have a role in the regulation of online political ads, but it does regulate programmes, including news and current affairs content on TV, radio and some on-demand services.

The police are responsible for investigating any possible offences related to online political ads run by candidates standing at elections.

Each organisation is responsible for different aspects of political advertising, and each can help address your concerns.

Here are some commonly asked questions - simply click the links to find the answers and who to contact if you want to know more or want to report concerns.

When we talk about political advertising online, we don't just mean the promoted posts that you see on social media or the ads you see on websites or apps. We're also talking about other posts on your newsfeed from political parties, candidates and campaigners. These posts aren’t paid for. You might see them because you follow a political party, or because a friend has shared their post.

Which elections you can vote in

Learn more about which elections you can vote in.

All you need to register to vote is 5 minutes and your National Insurance number.

Find out more about the types of elections in the UK.